I’m not sure what it is with James Harper and the Chilliwack Open, but every year since I remember Harper has either lost in a dramatic playoff (’08,’09), or he seems to win! Well this year was no different as Harper battled ’09 and ’10 Chilliwack Open winner Bryn Parry in a four hole playoff.

The drama started in regulation play as Parry fired an impressive second day round of 67 (-4) for a two day score of -7.  With three to play it was Westwood Plateau’s Dave Zibrik that owned the lead at -9 until a double bogey on 16 and bogey on 17 derailed his chances.  Zibrik would finish in a tie for 3rd and collect $1050 for his showing. 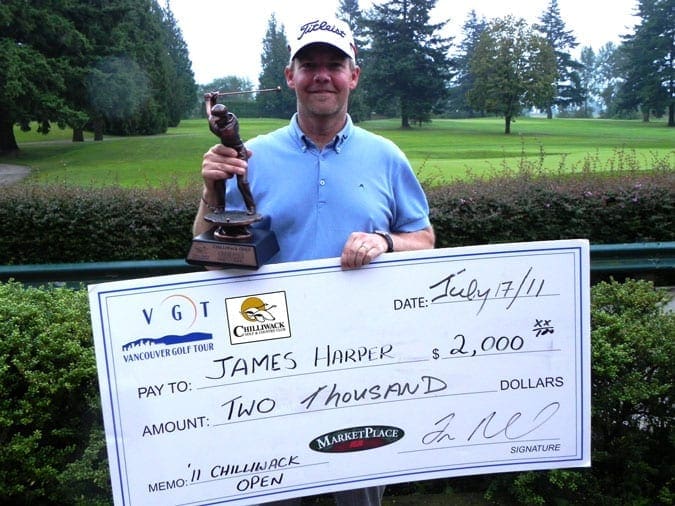 Kamloop’s Pro Brad Clapp was also in the running at -8 thru 24 holes but bogeys on 7, 8 and 17 saw his chances fade and he would also end up in a tie for 3rd place.

Harper’s play was impressive from tee to green all weekend, making only one bogey over the 36 holes!  The McCLeery Teaching Professional walked away with $2,000 cash and 2,500 points on the Cleveland/Srixon Order of Merit.  Parry collected $1,400 for second place but more importantly secured 1,500 points on the Cleveland/Srixon Order of Merit to extend his lead to  5,000 points over Zibrik with five events to play before the PGA Q-school award is given away!

On the Amateur side of the draw it was Chilliwack Golf Club’s own Mike Broadfoot who sealed the overall amateur crown with two very solid rounds of  68,71 (-3) for a two shot victory over Jerome Cavanaugh and Joel McCall who were -1 for the event. 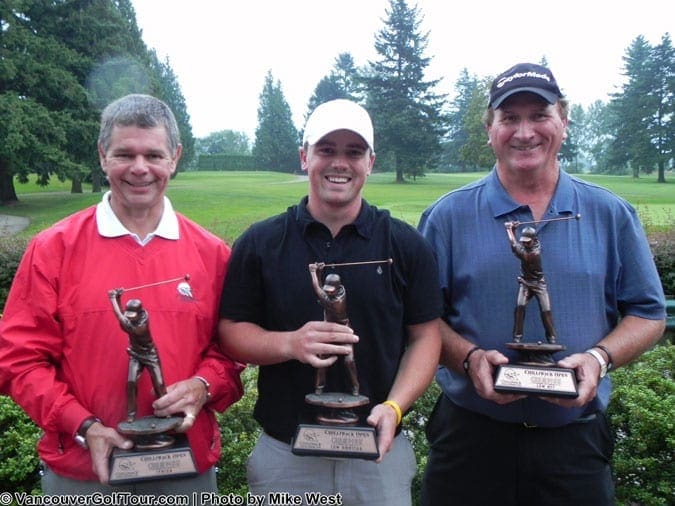 The ’11 Chilliwack Open was a huge success overall as all 220 golfers in the field (a record attendance) were treated to fantastic golf course conditions for 36 holes.  Our thanks go out to the countless hours put in by the tournament committee and their team of volunteers to make this year’s Open run seamlessly from the first tee-off till the final putt was dropped on Sunday!  job very well done!!

Final thanks to the VGT Team members for their tireless efforts keeping the Live Leader board up to date for all the contestants and spectators taking in the event!  We look forward to another exciting event with Chilliwack in 2012!!