Vancouver Golf Club’s Brendan Dillon made the most out of a very difficult set-up at Swan-e-set this Sunday, carding a round of 75 (+3) to edge out fellow VGC member Tom Kenny by one shot.  Dillon’s eagle 3 on the par 5 fifth hole made the difference in this event, and he did just enough to hold on, bogeying 3 of his last 4 holes for the win.  Kenny was on track for his first victory on the VGT after birdies on 11, 13 and 14.  But 3 bogeys and a double on his final hole put his first victory just out of reach. 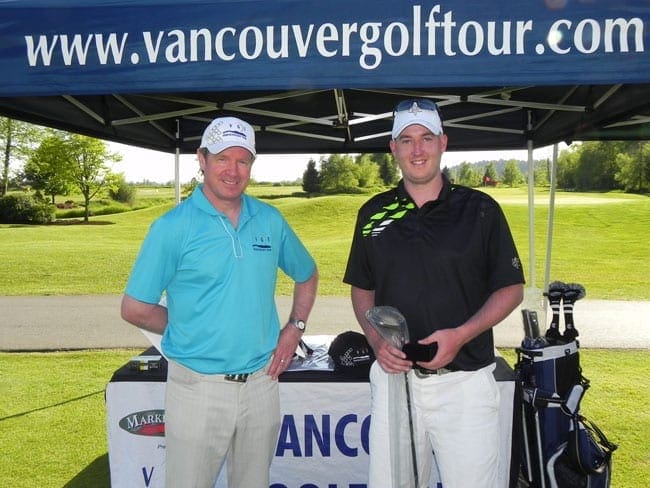 Dillon’s win was the 3rd Amateur win in as many tournaments for him over the last 2 weeks on the VGT.  His victory pushed him to the top of the CLEVELAND/SRIXON Championship Amateur Order of Merit, just 67 points ahead of Connor O’Dell with 4,433 points.

In Flight A action, Jim Zalusky took home Low Gross honours with a very solid score of 79, and a 4 shot victory over a number of players.  Flight A Net winner was Raj Singh, with a net 74, edging out Tyler Smith in RCGA retrogression.  Kevin Griffin kept atop the Flight A Order of Merit at 7,300 points, just 800 ahead of his next competitor Murray Reed. 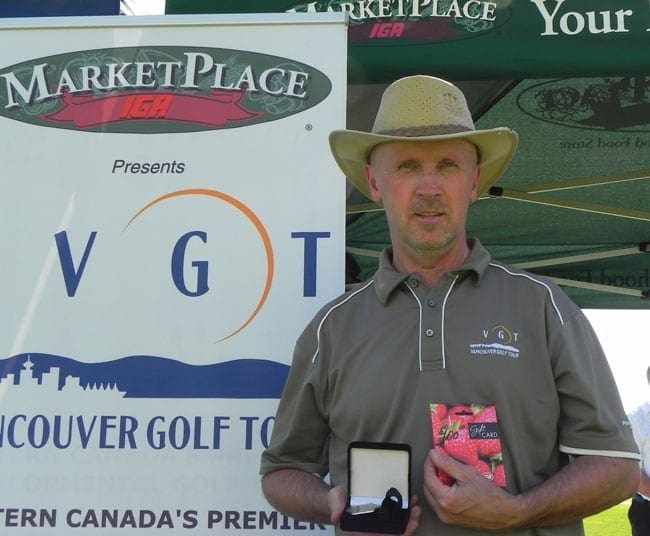 Randy Parnell took Low Gross in Flight B, carding a round of 84, and Bently Taylor took home Low Net honours with an even par 72, two shots better than second place finisher Jason Boyd.  Robert Parihar kept atop the Order of merit with 6,440 points and some 500 points ahead of Alex Duran, who has 5,777 points. 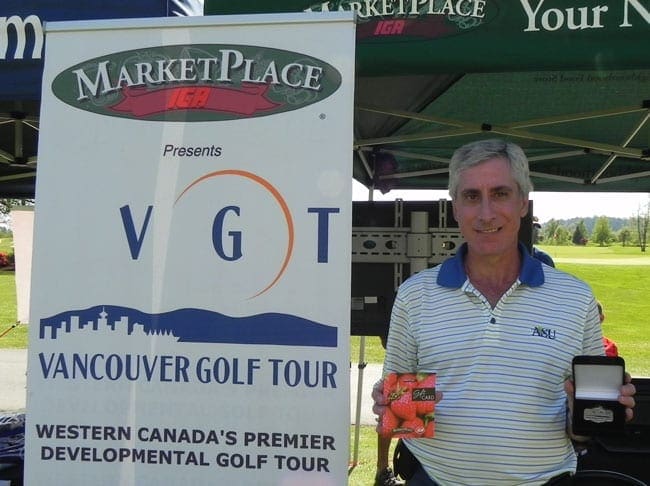 Kudos to Swan-e-set’s Head Superintendant Kevin Neufeld, who did a fantastic job of conditioning the Resort course in fast and firm conditions.  The greens were in perfect condition, stimping at 11, and as true as you can ask for.  Scores reflected the pin positions on the day, which were reminiscent of a U.S. Open set-up.