MATT LISTER MAKES IT THREE FOR THE YEAR!

It took yet another playoff to get it done for the 25 year old Q Golf Club Member, but in the end Matt Lister came out on top for the 3rd time on the VGT Amateur circuit at this past Sunday’s Hazelmere Classic.  Lister shot a one-over par 73 in regulation to tie him with Morgan Creek’s Jesse Singh and Mayfair Lakes member David Cao on a very difficult set-up at the South Surrey layout.  Lister would clutch up on the first playoff hole, making a 15-footer for birdie to claim the trophy after both Cao and Singh failed on their birdie attempts.

Lister moved himself a bit closer to CLEVELAND/SRIXON Amateur Order of Merit Leaders Cao (8,450) and Singh (7,100) with his win and 1,500 points.  Lister currently holds down 3rd spot on the OOM with 6,050 points with just two Amateur events remaining on the VGT schedule (Paine Edmonds Vancouver Open, VGT Tour Championship). 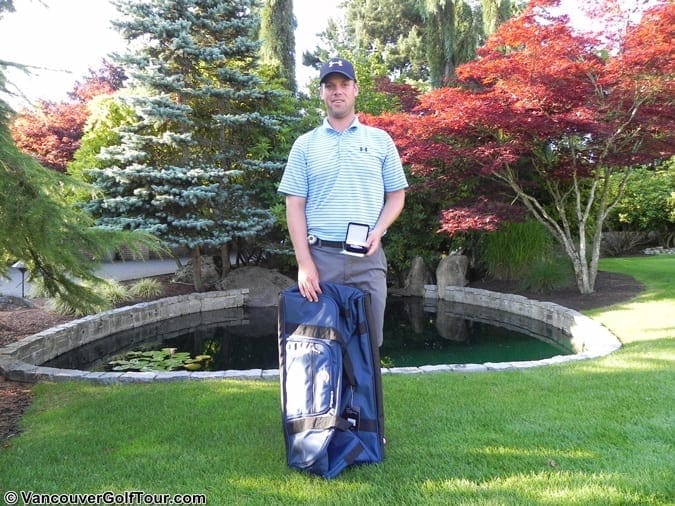 At the end of the day Lister gave a lot of credit to his PGA Coach Scott Rodgers for helping build his confidence in his game this year.  “Scotty has been instrumental in my development this year”.  “We have worked hard at a lot of things and it has allowed me to achieve a lot of the goals I have set out to accomplish this year”.

Rodgers has had success with more than one of his students in 2011, recently being invited to be a part of ‘TEAM ADAM HADWIN’ since just before Hadwin went down to qualify for the U.S. Open.  I guess we all know what’s happened since then, don’t we? A quick rise to the #1 Golfer in Canada after three successive cuts on the PGA Tour, including a dramatic 4th place finish at the RBC Canadian Open.  Looks like you’re having quite the impact on your students Mr. Rodgers!! 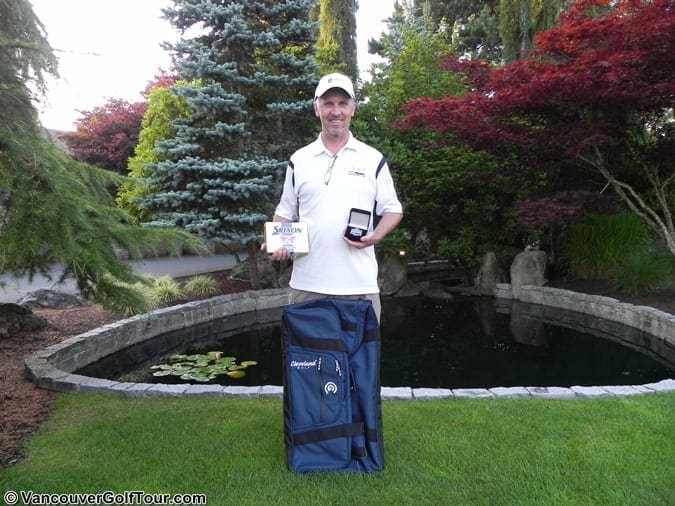 In other flights at the Hazelmere Classic, it was Jim Zalusky who charged to an impressive score of 74 to win Flight A honours for Low Gross, while Richmond CC Member Oliver Cantwell took the Low Net Honours with a net score of 69.  Zalusky’s win moved him within 500 points of Flight A Order of Merit Leader Murray Reed.  Looks like a showdown between these two for the Flight A Title, unless #3 spot holder Masa Takahashi takes the Flight A Title at this year’s Vancouver Open.

In Flight B, both Jason Boyd and Shane Jung carded gross scores of 80 to tie for both Low Gross and Low Net.  This two-some have been a model of consistency this year, but will still need to make a big charge coming down the last two events of the year, as Robert Parihar is some 3,000 points out in front of Boyd and Jung coming into the Vancouver Open. All Amateur winners were privy to some fantastic Cleveland Golf and Srixon product and some VGT swag for their prizes.