Cole Wilson, a talented multi-sport amateur athlete, has made a career choice that he hopes leads him to the top level in the professional game of golf. To do so, he begins the chase in a trusted Canadian-based tour as he makes his pro debut on January 27 on the Vancouver Golf Tour.

This kid is good — and he’s out to prove it on the professional level.

Cole Wilson, 20, from Kelowna, B.C., is hoping to parlay his sterling amateur career into a fulltime job when he tees off in what will be his first professional start on the Vancouver Golf Tour, on January 27, 2021. The young man, who was a well-rounded, and much awarded, multi-sport athlete in his youth will now focus on the game of golf alone with hopes of making it his career.

Over the past five years, Cole, who entered the competitive golf stream late, has sharpened his skills in a vast number of national and international events, including: 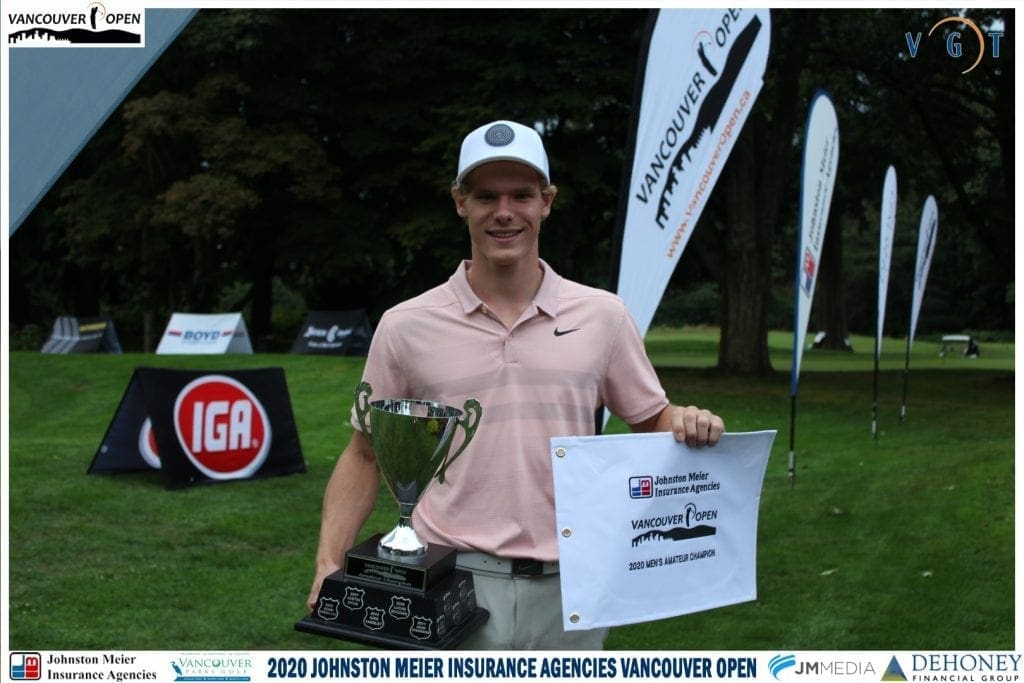 In five years of competitive golf, having decided against chasing a professional hockey career after being internationally recognized as an elite athlete early on in that sport, Cole has competed in 57 golf tournaments worldwide, with 18 competitions on the national stage. Cole was ranked as high as 2777th in the World Amateur Golf Rankings, and inside the Top 50 of Golf Canada’s elite male amateurs on the National Order of Merit rankings in 2019/20. Impressive given he only started to golf in formal competitions beginning in the summer of 2016.

Besides his athletic achievements, Cole has shown himself to be an exceptional academic student having graduated from Kelowna’s Aberdeen Hall Preparatory School, with honors. This alone qualified him for a full academic scholarship gaining entry in the difficult admission requirements of a Top 25 ranked American STEM school in that of Missouri S&T. The dual major in physics and applied mathematics was short lived given his quick ascent on the national golf stage.

Now, Cole sets his sights on becoming a professional golfer, but at the same time he’s aware of the challenges that lay ahead of him on this career path choice. He begins that chase with full confidence in his ability given his varied sport background and recent tourney placings.

“What definitely set my mind to going pro here soon, is in the summer of 2020, the Vancouver Golf Tour in Chilliwack, I won the amateur side by three, which would have put me in ninth place in the professional division [with 2020 PGA Tour AT&T Pebble Beach Pro-Am winner, Nick Taylor, in the field] … In terms of golf, what helped me so much is I love tennis, I love hockey, I love fitness. I’ve trained my nervous system to just be an athlete.” Fraser Mulholland, Tour Commissioner for the Vancouver Golf Tour and former PGA Tour competitor in his own right states, “we are incredibly proud that Cole has chosen to launch his professional career on the Vancouver Golf Tour this year. Our team has been following his progress keenly the past two years on the VGT and he has really impressed us.” The 2018 BC Sports Provincial High School ‘A’ team and individual champion, and the 2018 Golf Canada Future Links Pacific Championship winner isn’t playing “under the radar” any longer. Mulholland adds, “not only witnessing his dominating Amateur achievements, but also seeing the maturity he possesses in his game and in his character… Cole is a fine young gentleman with tons of talent, but more importantly the work ethic of a PGA TOUR player.”

He is a mature young man who is a truly committed community advocate. “It certainly reminds me of a time when two young men (Adam Hadwin – 2009 & Nick Taylor – 2010) came across our paths and launched their professional careers on the VGT. From what I have witnessed out of Cole, he certainly has a great shot of following in their footsteps,” Mulholland is quick to point out. Keep an eye on this rising Canadian young gun.