Brett Webster, from his home course here at Ledgeview made a move posting the low round of the day 62 (-8), also making a big move on day one was Kevin Stinson who sat 2 shots back with a 64 (-6). 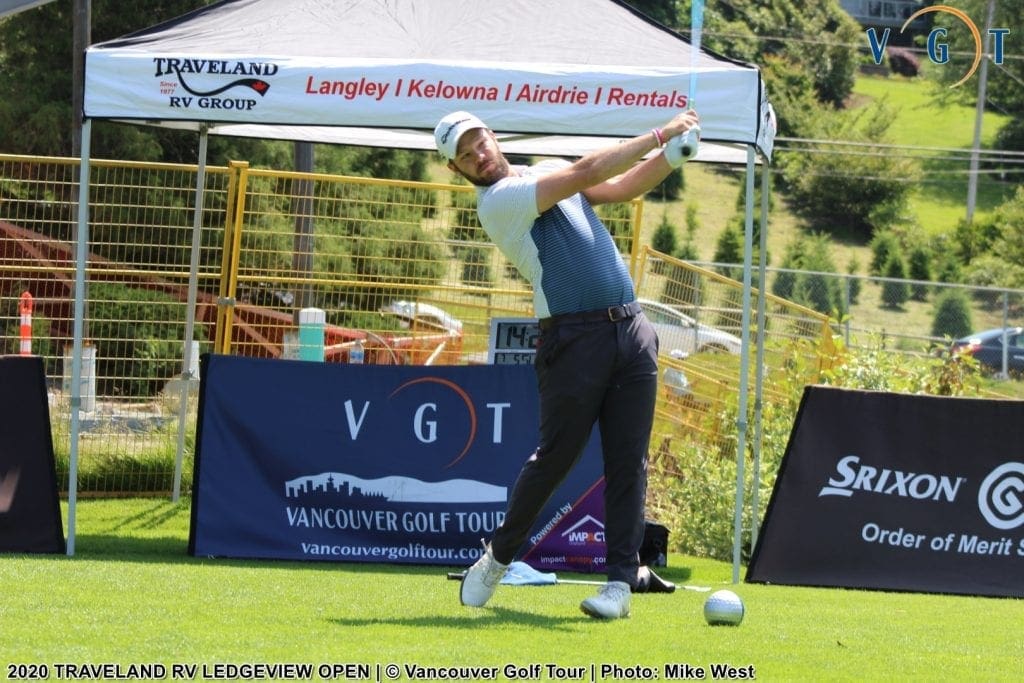 Brett Webster, made a move posting the low round on Day 1

Fairview Mountain’s Cory Hilditch and Seymour Golf & Country Club’s Sean Buckles posted solid scores of 68 (-2) to tie for First after day 1. Women’s championship flight player Euna Han from Swan-e-set bay resort finished her round as the leader once again, poised to take her 4th summer tour title of the year! Euna shot 67 (-3) for a 6 shot lead over Nonie Marler of Marine Drive Golf Club, who fired a 73 (+3).

In Flight A and B respectively, Claudia Zhang (Seymour Golf and Country Club) and Caleb Davies (Newlands Golf Course) shared the lead after day one at +4; while Andy Banks was tied for the lead with Ben Dowell at +13. Who was going to come out on top in day 2?

Day two saw some great scores and tight leaderboards, especially in the Pro group! It all started with Kaleb Gorbahn, from Smithers, BC, who had a rollercoaster round including 3 eagles! In the end he fired an entertaining 67 and finished at -1 par for the tournament. After 11 holes, the final group of Brett Webster, Kevin Stinson and Luke Bogdan were a part of a crazy stacked leaderboard with 4 players tied at -6 and 8 others within 2 shots of the leaders!

After 14 holes in the Men’s Champ division, Mike Aizawa, of Richmond Country Club, had a comfortable lead at -4 shooting -3 on the day, and Euna Han from the Women’s champ had created a massive 13 shot lead with just 6 holes to play at -4. Euna was playing another level of golf compared to her competitors! 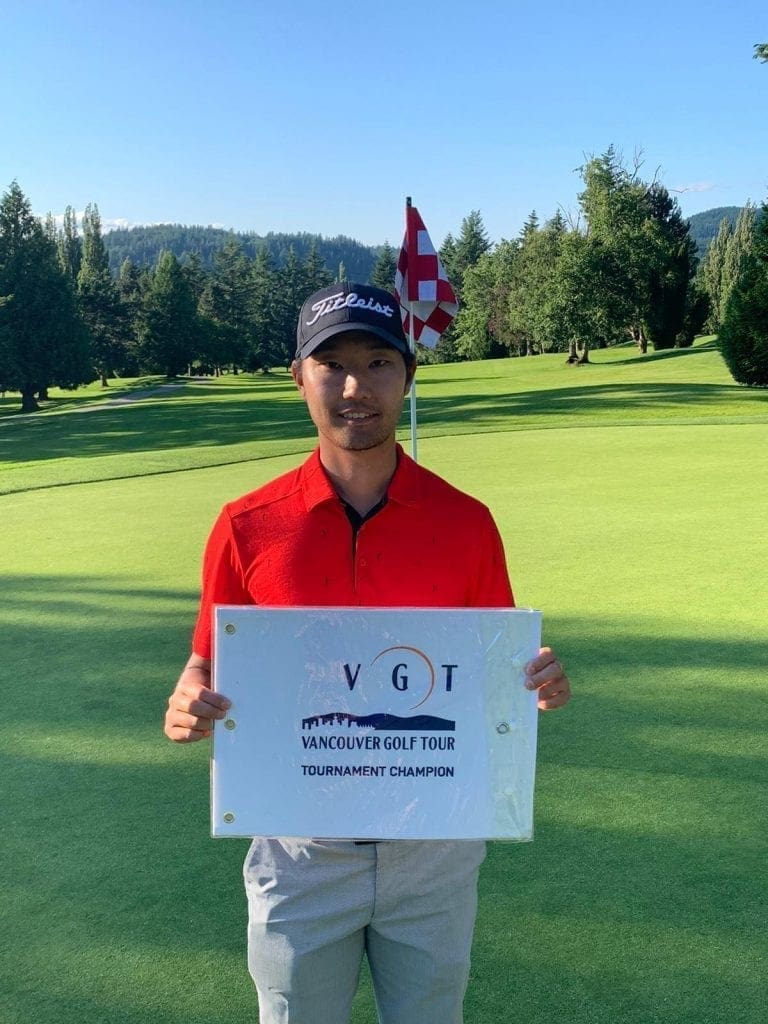 In the Women’s champ leaderboard, there were no surprises as Euna Han finished in style with another birdie on the par 3 8th to win by a landslide firing a 68 (-2) to finish at -5 total! Her form has been unbelievable this summer. A 4th win on the summer tour for Euna. Her -5 result was good enough for a T-4 finish overall. A 4th win on the summer tour for Euna Han

In Flight A, Caleb Davies showed resilience and took home the victory as a junior! He finished at +12, good enough for a 5 shot win over Jim Zalusky, of the South Pacific Golfers Association who had multiple wins this year on the summer tour. In flight B, Andy Banks held his lead from day one, outlasting the field by 5 shots at +28. Pat Hatchwell, of Ledgeview Golf and Country Club finished in second at +33.

Back to the Pro leaderboard, Kevin Stinson made a huge birdie putt from 14 feet to tie for the lead at the top with Zach Olson who fired a strong front nine* 30, -4 (started on 10). Our leader from day one Brett Webster was slipping a bit with a three-hole stretch of bogey, par, double from holes 6-8 ended his chances to win. Next in line was Philip Jonas, who caught fire on day two with birdies on 1, 2, 4 and 7 to get to -5, just two shots back, but a double on 8 ended his great run. James Allenby made birdie on 5 and another on 8 to get to -7 and with a couple dropped shots from Olson, Stinson and Allenby were tied at the top at -7 with one hole to play.

Lawren Rowe from Squamish, BC finished strong with a final birdie on 9 to get in the clubhouse at -7. It was up to the last two men on 9 to decide whether we were going for extra holes or not. This was it! The stage was set. Stinson’s 3rd shot into the par 5 landed well short of the hole, about 15 feet or so. With Allenby making an untimely bogey, Kevin Stinson had the chance to win the tournament, he just needed to make the putt. With players and staff watching, he strokes the putt going left to right and picking up speed BOOOM birdie!! That will do it! Kevin Stinson is your champion of the 2020 Traveland RV Ledgeview Open!!! As always, we would like to thank our event sponsors, the course maintenance crew, and Ledgeview Golf and Country Club for hosting and finally our VGT team members for assisting with announcing, timing and rules. You all made this event possible.