The winds blew extremely hard and conditions were tough all day, but that didn’t stop James Allenby from shooting a near flawless round!

In the Men’s Pro Division, Langley Golf Center’s very own James Allenby took control and never looked back. An eagle on the par 5, 7th hole kick started his round en route to a (-7) 65 to tie the very course record he set last year. Great playing James. 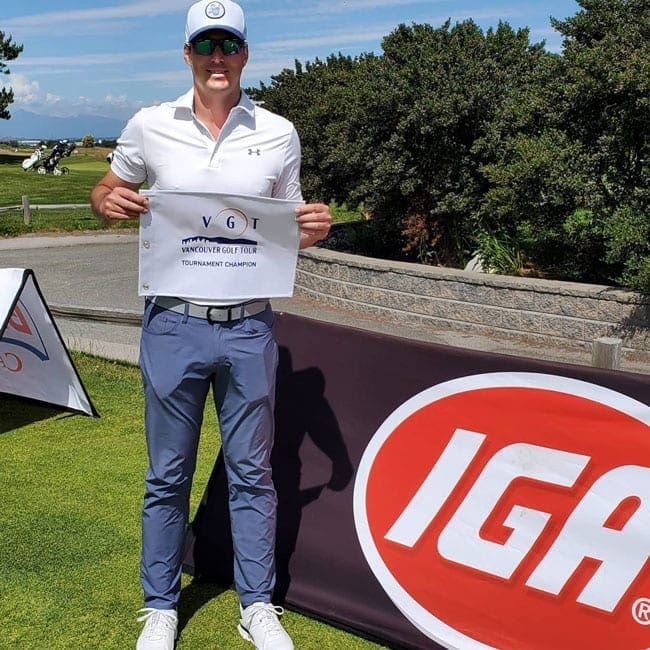 Sergio Barba Morena from Spain had himself a solid round of 70 (-2), but it wasn’t nearly enough to catch Allenby.

In the Men’s Championship Division, Kyle Mayner and Nash Kassam finished in a tie for first at 70 (-2). Both players had chances to win outright, but bogies on 18 from both players resulted in a share for first. Mike Aizawa of Richmond Country Club finished in 3rd place after an even par 72.

Leah John from Marine Drive Golf Club beat Michelle Liu from BC Golf Vancouver Region by a single stroke with a solid round of (+2) in the Women’s Championship leaderboard! It was a nail-biting finish as Michelle was tied for the lead until a late bogey on 18 to place her in second. Katherine Hao from Point Grey & CC had the lead after 9, but struggled a bit on the back side to finish in third place. 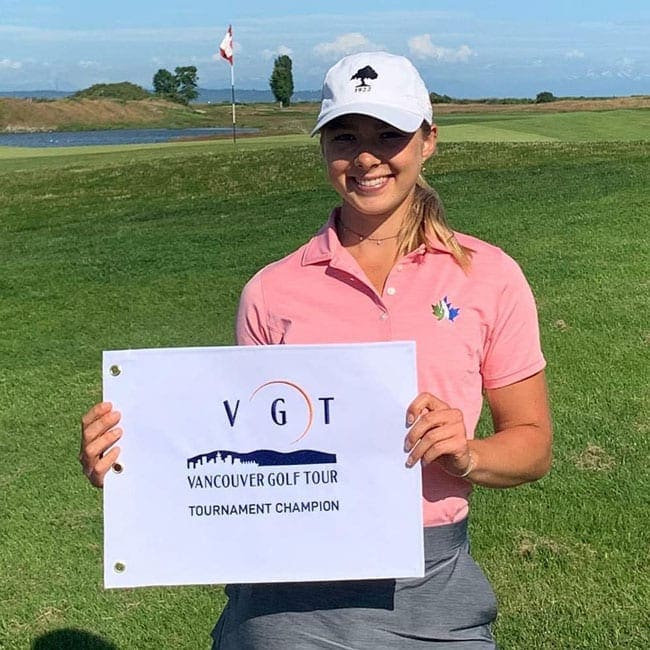 In Flight A and Senior Flight, Randy Kieper from BC Fraser Valley Region shot (+2) 74 to edge out Sang Hee Park and Walt Vanderrijst to win by 2 shots and take both titles! It was unfortunate for Sang Hee who stood at even par until a four-over stretch in the final 3 holes left him at 76 (+4).

Peter Jones came out on top in Flight B with an 83 (+11) score. A birdie on the final hole sealed the win over Shagn-Hsien Lin by one shot. Shagn had a rough final stretch with three double bogies. What a win it could have been for him! 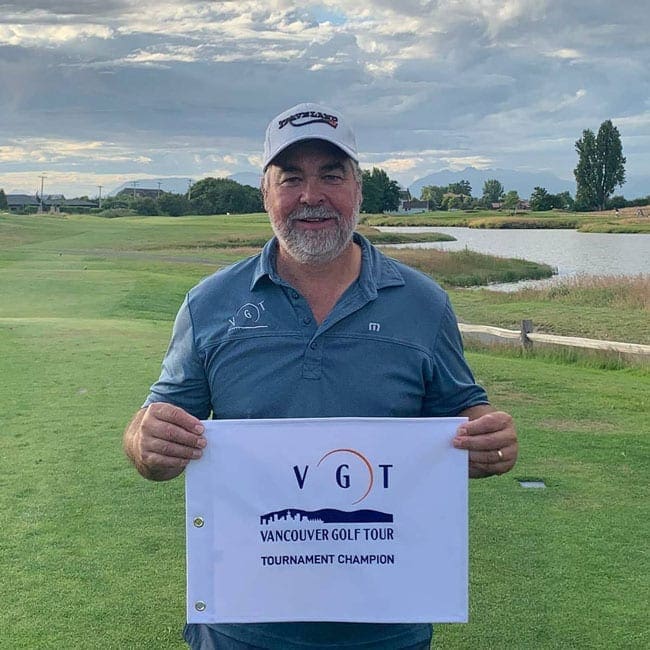 Congratulations to all the winners!!

As always, we would to the course maintenance crew, and our host course Kings Links by the Sea for supporting our event.  A huge hats off to Superintendent Mike Kiener for a super set-up and conditioning of the course for our players.

Additionally, thanks to our VGT team members for assisting with announcing, timing and rules. You all made this event possible.

Finally, thanks to all of our partners, in particular our 14-year Tour Title Sponsor, IGA Stores of BC and 14-year Order of Merit Sponsor Cleveland Golf / Srixon Canada for allowing us to run the VGT professionally week-in-week out for our BC players, particularly during this Covid-19 pandemic!