Mayfair Lakes showed some teeth during the 2020 Mayfair Lakes Classic. Windy conditions caused some tough scoring conditions for a strong field. Golf Canada team member Jace Minni, hailing from Beach Grove Golf Club fought back from behind on the back nine firing a (-1) 35 on route to an Even par 71. This gave him a two-shot win over 4 players including University of Hawaii at Hilo’s Dustin Franko and SFU’s Michael Crisologo. 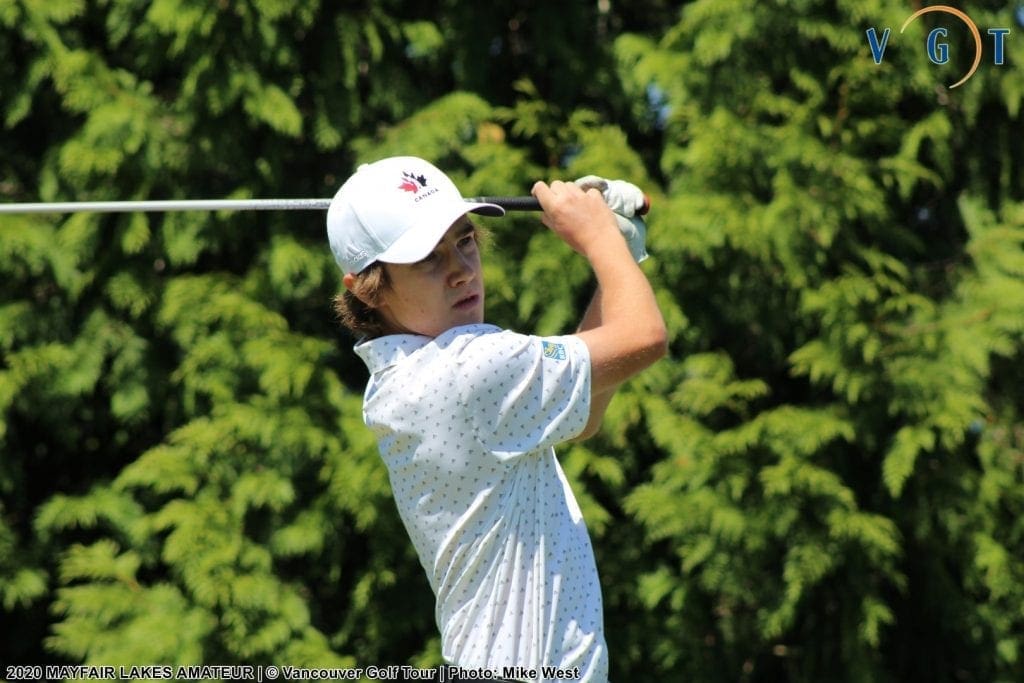 Another Golf Canada team and Beach Grove Golf Club member, Angela Arora, was victorious in the Women’s Championship Division firing an Even Par 71. Arora bested Erin Lee who finished 3 shots back, firing a 74.

Meadow Gardens’ Eric Joo was low gross for A Flight with a score of 76 (+5). His solid round bested Raj Singh of the South Pacific Golfers Association by one shot.

Wayne Barfield’s back nine 37 was enough to put him at the top of the five-way tie for first place in B Flight. Golf Canada’s method of tie breaking puts Barfield ahead with the best last 9 holes. The other four players tied were: Mark Mulvaney, Craig Brown, Ben Dowell, and Matt Thake. All had matching 83s (+12).

The 2020 VGT Mayfair Lakes Classic would not be possible without our sponsors. This includes many, but especially our title sponsor IGA and our Order of Merit Sponsor Srixon/Cleveland. Thank you to Mayfair Lakes as well for hosting and one last thank you to all the volunteers who came out and helped us run this event.