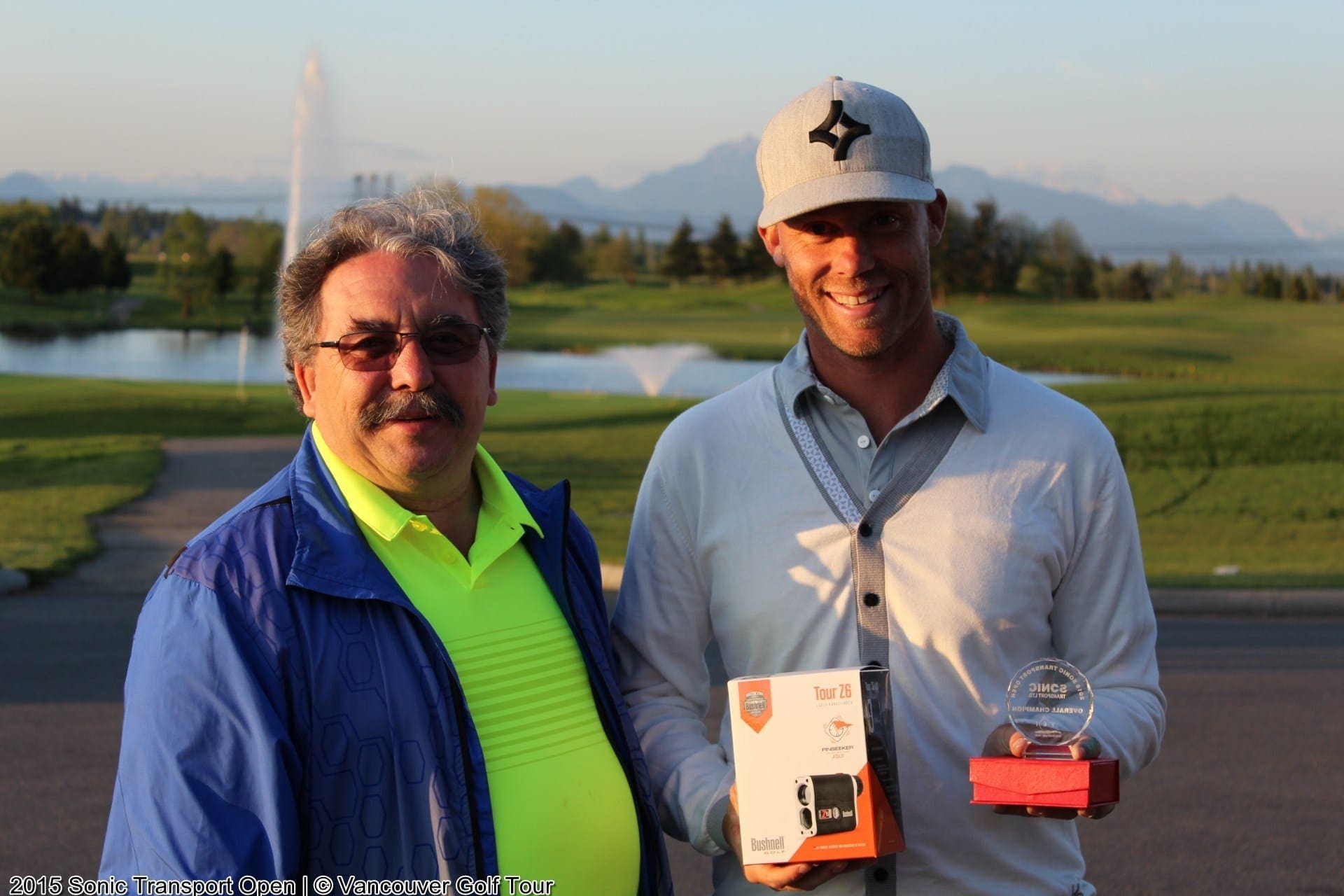 Abbotsford’s Dean Reddicopp took till the final hole to decide his fate when he rolled in a 15 footer for eagle to give him a 2-shot victory over North Vancouver’s Matthew Steger.  Reddicopp took a while for his round to get some momentum, trading off 2 birdies with 2 bogeys for an even par 36.  But his back nine came on strong right away with birdies on #10 and #12, and add-on his eagle on 18 and Reddicopp had fired a 4-under par 68.

With one of VGT’s largest Amateur fields in its 9-year history with 103 golfers in the field, the Sonic Transport Open players were treated to some first class conditions on the Northview Ridge Golf Course and some exceptional prizing thanks to Title Sponsor Sonic Transport Ltd.

Our continued thanks goes out to our Title Sponsors of the Northview event for the 3rd straight year, LES CALDER and CARL GILLES of SONIC TRANSPORT LTD!  Les and Carl, you are truly assisting the VGT with their goals of “Preparing Tomorrow’s Champions”.  It is certainly not a wonder why your event has sold out the past 3 years with over 100 golfers and why your company SONIC TRANSPORT is as successful as it is today.  Allowing us to keep the event fee very affordable for a premier facility like Northview and making the prize table as premier as it was this year.  Thanks for all you do for promoting golf in BC!  It really is making a difference in the development of our golfers!

Continued thanks to Northview Golf & Country Club for being great hosts to the VGT once again!  Great service from the Pro-shop team and service center.  Special thanks to Head Superintendent Dave Fehr and your team for getting the Ridge Golf Course in fabulous shape for our players on the VGT!  And finally, thanks to the continued efforts and hours being put in by our VGT Team members!  You guys are awesome!!!