Abbotsford’s Adam Hadwin made the biggest move of the day at the Shriner’s Hospital for Children’s Open on Sunday, firing a bogey free round of 63 to move 43 spots up the board and finish in a tie for 10th and a smooth $137,433 and 64 Fed Ex Cup points.

After narrowly missing birdies and opening up with 3 tap-in pars on his first three holes, Hads went on a tear on the front nine carding birdies on 4, 5, 6, 7 and 9.  He continued his assault on the TPC Summerlin course with birdies on 11 and 13 to get to -12 for the tournament and into a tie for 7th.  He would miss a chance from 10 feet on the drivable par 4 for birdie before reaching his least memorable hole on the course, the par five 16th.  Leading up to Sunday Hadwin was a disappointing 4-over par for this hole having hit it into the water 3 times in 3 days.

But on this day Hadwin was determined to make a statement and get his revenge on the hole, hitting an absolutely beauty of a 6-iron from 187 yards to 15 feet from the hole for eagle.  Although his putt didn’t go in, he would make his birdie and get to 13-under par for the tournament with 2 to play (at the time T3rd).

The par three 17th hole saw Hadwin miss his first green of the day, leaving it in the right bunker on a downslope and a very difficult shot with water looming in the background.  But like the pro he is Hadwin hit a beautiful bunker shot that saddled up to within 4 feet of the hole and he made his par to continue the momentum of his round.  Hadwin hit another beauty drive over 310 yards leaving him with a gap wedge in hand on the 18th.  He hit a crisp wedge right behind the flag to 15 feet and faced a downhill slider for his birdie.  He couldn’t get it to fall, but his final round of 63 was the low round of the day and 2nd low round of the tournament.

Hadwin’s play impressed the local (and BC) gallery all week and solidified his place on the PGA TOUR as one of the more exciting players to watch this season.  He has played in a total of 13 PGA TOUR events in his career, missed only 3 cuts and now has 3 top 10 finishes to his name.  Ultimately Hadwin showed everyone he has the game to contend out there as a fully carded PGA Tour member.  If he can minimize his mistakes just slightly over the 4 days he will likely be contending for his first PGA TOUR win very soon.

All 3 Canadians made the cut this week at the Shriner’s which is a great story for Canadian Golf.  David Hearn was the top Canuck in a tie for 7th place carding a 3-under par round of 68 on Sunday to finish one clear of Hadwin at -14.

Abbotsford’s Nick Taylor had a streaky day today carding 5 birdies and 4 bogeys for a 1-under par round of 70.  I witnessed some amazing shots off the tee and crisp iron shots into the greens on all four days from Nick, but particularly today he showed signs of frustration when he couldn’t make ground to par as the day went on.  Every time he seemed to make a birdie or two, he would miss a few putts for birdie and then give it back shortly after with a bogey.  A typical case for his round was when he found the water on the 16th hole from a marginal lie in the rough.  He would go onto bogey this hole and 17, popping the momentum he had built after a really nice birdie on 15.  But Taylor never gave up once, and with a closing birdie to the tournament on 18 showed he has an attitude of a Champion.  His t56th finish will earn him some valuable cash in the early part of the PGA TOUR season where priority ranking at the re-shuffle means everything in order to play in future events.

Taylor can take away a lot of positive things from his first PGA TOUR cut as a Professional.  His game is definitely right there with the top players in the world in all areas of his game and he simply needs to keep getting reps in to feel more comfortable as a rookie on the PGA TOUR.  His sixteen birdies and 2 eagles were only a few shy of the tournament winner’s totals …..but his 9 bogeys, 1 double and a quadruple bogey will need to be seriously reduced throughout the season.  It very uncharacteristic of Taylor to make so many bogeys and doubles over the period of a tournament, so I am confident he will iron this out and get his game trending in the right direction for the remainder of the PGA TOUR season and be a world class player in the not too distant future. 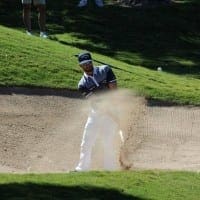 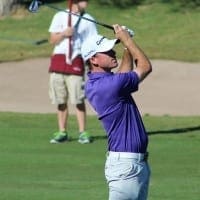 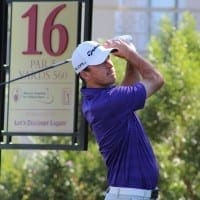 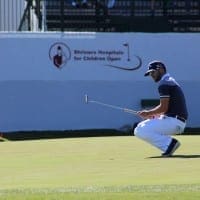 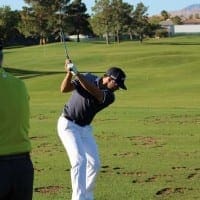 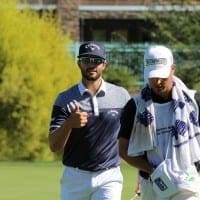 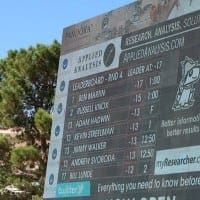 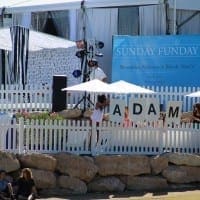 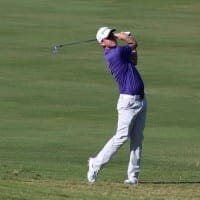 Hadwin had the following comments on his round today in a post round interview with PGA TOUR Radio:

“I was basically striking it well all day.  I think there were only a couple of holes where we had to lag a fairly long putt down there to 2-putt.  Most of the holes we had some great looks at birdie.  It was one of those days where everything came together and I stayed on a roll and didn’t hit the poor shot like I did yesterday to stop the momentum”.

“that 16th has been a bit of a killer this week and I’ve driven it perfect there too which is the problem.  It felt great to finally get one on the green in 2 and have a chance for eagle. It was a no pressure Sunday for me and I just went out firing at it all day.  I hit it equally as good yesterday, just had the momentum taken away on 16 when I made the 8.  I came out swinging today, made a lot of good putts early and kept the momentum going on the back nine”.

“I’ve been on a good stretch of golf the last 4-5 weeks including the WEB.COM playoffs.  But I haven’t felt that comfortable over the ball until the last couple of days.  The first 6 rounds of the year just didn’t quite feel like it was there.  But I did some good work with my instructor (Brett Saunders) early in the week and got some things going and got some momentum.  And started to feel really comfortable yesterday and today.  And today I just didn’t miss it like I did yesterday.  I was 3-under coming into 16 yesterday and instead of walking off the green at 4-under par, I headed to 17 at even par for the round.  I kept the momentum going today and kept making birdies and it turned out to be a great day”.

Big shout-out to Pappa Hadwin (Gerry) for keeping all the positive thoughts Brett had been working on with Adam Brett’s absence after he was needed back home at the Saunders Rodgers Studio.

As my first “official” media assignment on VGT alumni on the PGA TOUR, I have to tell you this was one of the best experiences of my golf career, seeing our two VGT alumni making it through the cut and showing to the fans on hand that “These guys are (very) good”.  I’ll be looking forward to my next opportunity to see Nick and Adam (and Roger Sloan) in action from inside the ropes and will keep you all posted of any more insider information as it comes up post mortem”.

For Inside Golf Magazine,