After an opening round of 71 that saw Nick Taylor hit it pretty much flawlessly for 16 holes and not get much out of his round at all, it was not a surprise to me seeing Nick continue to stripe it off the tee on every single hole I was privy to (sharing duties with Adam and Nick), particularly on the front nine where he posted a 5-under 31 that included back-to-back eagles on holes 15 & 16 (his 6th and 7th holes of the day). Taylor continued his great driving display throughout the back 9 and other than needing to make a couple of 4-5 foot par saves on the day, his bogey-free round of 65 was very impressive, and could have easily been 2 or 3 better with lip-outs from 8 feet on 18 and from 10 feet on the 9th.

Taylor vaults up 51 spots on the leaderboard from day one from T65 to T14th at the time of this post. More importantly, Taylor celebrates his first ever PGA TOUR cut as a Professional and gives himself a chance to earn valuable dollars to enhance his priority ranking when it comes time for the first re-shuffle after the 4th FALL SERIES EVENT.

VGT Commissioner Fraser Mulholland interviewed a much happier Taylor after round 2 and he had the following comments from his round today:

“I drove it really well again like yesterday. I just took advantage of the par 5’s and had 3 or 4 eagle putts including 2 that went in on 15 and 16 that jump started the round. I hit a lot greens and made a couple of key 4 and 5 footers on the back nine. But ultimately I gave myself a lot of birdie chances and played really solid today”. When asked about the difference from day 1’s round, Taylor commented “I hit just a few more greens today but the big difference was I made very few mistakes today, including (with a chuckle, after chunking 2 yesterday) avoiding the bunkers”. There were a handful of holes where I had wedge in my hand today and I just put it to 15-20 feet on the fat side of the green when the pins were really tucked. Its challenging to get close to a lot of these pins, especially when you are in the rough, but even when you are on the fairway. The greens are definitely firmer today.”

When asked on thoughts for the weekend, Taylor added “I’ll keep trying to take advantage of the par 5’s and keep giving myself lots of chances at birdies. My speed has been good on the greens and I hope to make a few more putts on the weekend”. When asked about his length off the tee (booming 311 yards on avg), Taylor modestly quipped “well the ball is going a long way this week with the added elevation and heat, but I did put a new driver in the bag and that certainly hasn’t hurt”.

From the Commish’s perspective Taylor’s game is in great form with almost 70% of fairways and 83% of his greens hit thru 36 holes. Whatever happens this weekend, Taylor has definitely proven he is not afraid to play out here on the big tour and is showing that his game is equaling any of the top players in the Shriner’s field. 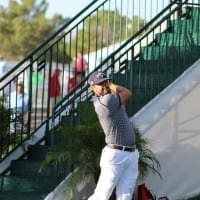 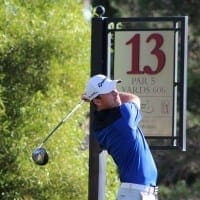 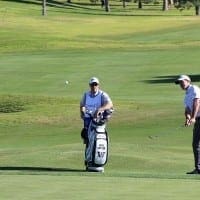 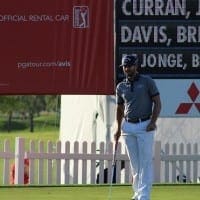 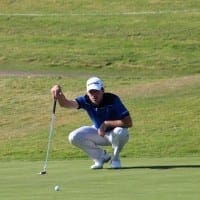 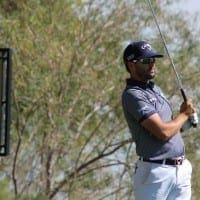 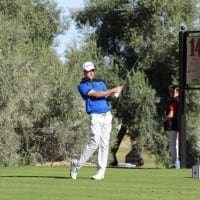 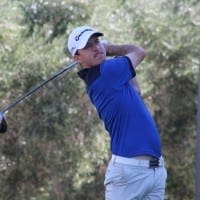 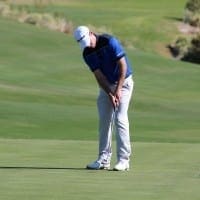 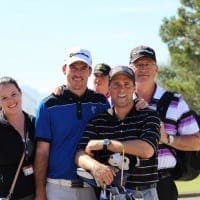 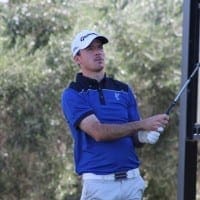 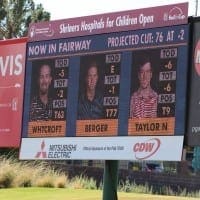 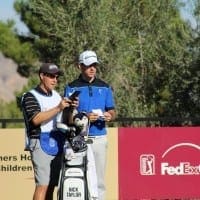 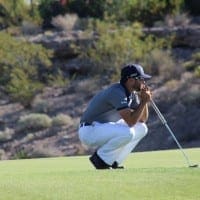 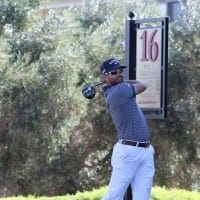 VGT’s more celebrated alumni, Adam Hadwin had the quicker start to the Shriner’s this week with an opening 67, but would grind his way through a second round 1-over par 72 to make the cut by a shot at -3. From inside the ropes it appeared that the 2014 WEB.COM money leader was just a fraction off his “A” game on both days, but particularly today. Hads got himself into a bit of trouble off the hope on hole 1 after his drive found the rough just off the fairway. Although he judged the flyer lie to perfection, he couldn’t do anything with the almost skid and hop the ball took of the firm and dewy first green over the back of the green. And although he hit a perfect lob shot back to within 6 feet of the flag, he would lip-out and bogey his first hole. He would rely on a fantastic par save from 15 feet on #2 to steady the ship. Another bogey on his 7th hole of the day on the par five 16th hole after his ball found the water and Hadwin’s round was starting to spin the wrong way. But a solid par on 17 and birdie on 18 kept Hadwin positive and kept his scorekeeper busy changing his #’s all day! After a blocked drive leading to a bogey on the long 3rd, Hadwin started to find his stride, birdying the 4th and hitting some quality shots that led to birdie putts, but none that were capitalized on.

When interviewed after the round Hadwin had a few comments on his day and his plan for the weekend:

“I really didn’t feel comfortable over the ball today. I honestly didn’t know which direction it was going at times and I scrapped it around. And I really didn’t feel that comfortable yesterday but I didn’t make any mistakes. I kept the ball in front of me today but I hit one ball in the water and had to chip out on another hole which lead to a couple of costly bogeys there. That and a couple of putts I missed today that I made yesterday and that would be the difference between today and yesterday and it added up to a 1-over par round”. When asked about what he needs to work on for the weekend, Hadwin chimed in “I just had a bit of a session on the range and it is starting to feel pretty good, and I’m probably a bit hard on myself and the golf swing isn’t as bad as I’m making it. I finished my session with some really good thoughts so I’ll take that into the weekend, relax tonight and I’ll see how I feel in the morning. If I don’t feel that great about it, I’ll plan on keeping it on the fat side of the green from 20-25 feet and can a couple and let it fall from there”.

All-in-all, a great first two days for the VGT Commish seeing his 2 Alumni make it to the weekend and have a go at moving up the leaderboard on the PGA TOUR. With Hadwin off at approximately 9:30am and Nick around 11:00am, it could well mean a bit more of a hike across the TPC Summerlin Golf Club! But all very well worth it of course!!