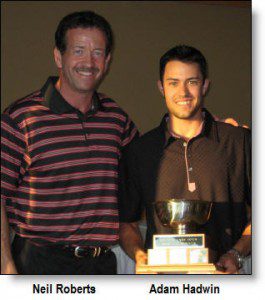 Fans of Canadian Golf have a local option to watch superb play this weekend out at Pitt Meadows Golf Club. The Golden Ears Invitational, a staple of the local golf scene, will welcome the Vancouver Golf Tour to the course this weekend for their 45th Annual two-day Championship. The event has a history of launching the professional careers of many local golfers; Both 2009 Winner Adam Hadwin and 2013 Champion Kevin Stinson will be teeing it up on the PGA TOUR’s RBC Canadian Open in Montreal this week.

Course superintendent Dave Zeiler has the host course in excellent tournament condition. With small and fast greens and tight pins, players will need to bring their best games if they wish to be holding the hardware come Sunday afternoon.

Spectators are welcome all weekend and admission to watch these great golfers is FREE!  Final groups will tee-off on Sunday at approximately 1:45pm and live scoring for the event can be found at https://vancouvergolftour.com/leaderboard/. 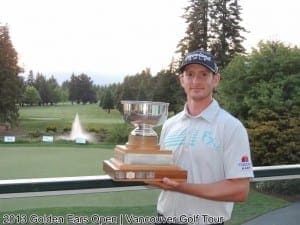 “We are excited about the caliber of the field confirmed in this year’s Golden Ear’s Invitational” states VGT Commissioner Fraser Mulholland.  “For the past 45 years, Pitt Meadows Golf Club has run the event and provided Amateurs and Professionals a great opportunity to compete for the title of Golden Ear’s Champion.  The event has really become one of BC’s premier golf events on the tournament calendar every year”.

“We will miss the presence of the Defending Champion, Kevin Stinson (Mission, BC), but are equally as excited to see him compete alongside 3 other BC golfers that have tested their games on the VGT, including 2009 Champion Adam Hadwin (Abbotsford), North Van’s Eugene Wong and Adam Svensson (Surrey).  The tournament is really assisting VGT accomplish what it has been working on since day one: Preparing Tomorrow’s Champions.  Our continued thanks to Pitt Meadows Golf Club and its members for extending their golf course to the event for the 45th straight year!”

About the Pitt Meadows Golf Club

About the Vancouver Golf Tour

Since 2006 VGT has been giving BC’s local Professionals and Amateurs the opportunity for a high level of competition in a PGA Tour environment.  VGT’s goal has always been to provide local players the opportunity to learn how to win and build their confidence to play on Worldwide Major Tours.  The mission statement of VGT is to ‘Prepare Tomorrow’s Champions’.  In 2013, a record 15 VGT Professionals competed at the PGA Tour Q-School.  VGT currently has 3 of its alumni playing with full status on the WEB.COM Tour and 3 alumni with conditional status.