Adam Hadwin’s rise to success as a professional came quickly in 2009 when he harnessed his game on Western Canada’s Premier Developmental Tour, the Vancouver Golf Tour.  It wasn’t too long before Adam went onto win his first Professional tournament on the VGT, the 2009 Ledgeview Open, not coincidentally where he grew up as a junior golfer in Abbotsford.  Hadwin then went on to win three more events in his rookie professional season with Vancouver Golf Tour, gaining an incredible amount of confidence in his ability to win against some of the most experienced PGA Professionals in our region.

Hadwin would continue to show his confidence in the early part of 2010, easily gaining status on the Canadian Tour and within his first two months, had two runner-up finishes on the Can Tour.  By the midway point in the season, Hadwin had chalked up enough points on the Can Tour Order of Merit to earn exemptions into the Nationwide Tour’s Wayne Gretzky Classic and to the RBC Canadian Open.  Hadwin would show his confidence to play at any level with the top Professionals in the world, making the cut in both of these events and claim Low Canadian honours in the Canadian Open.

At the conclusion of the 2010 Can Tour summer schedule, Hadwin would come back to his roots and compete in VGT’s Premier Championship of the year – The 54-Hole VANCOUVER OPEN.  Hadwin once again showed his confidence throughout the tournament and would go onto win the title shooting scores of 69, 66, 69 to win by 3 shots. 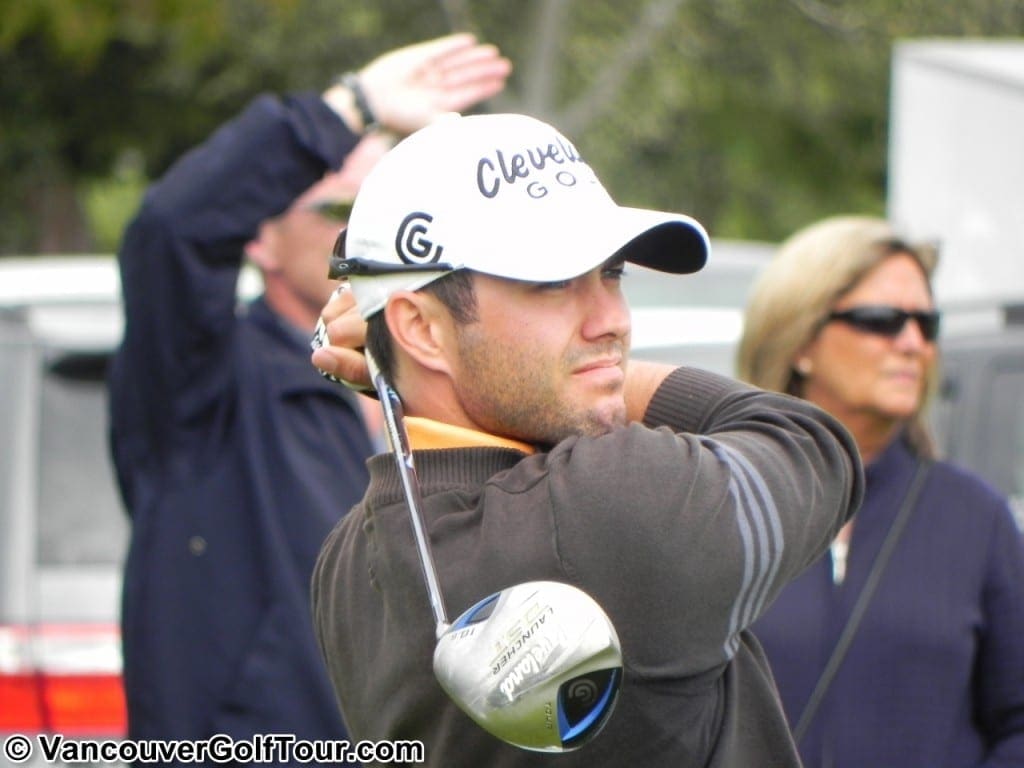 All of his experiences over the past year and a half would be captured in November at the Can Tour’s final event of the year where he claimed his first Canadian Tour victory down in Palm Springs.

2011 has been a bit of a roller-coster ride for the 23-year old Professional.  Two great tournament results over in South Africa on the Sunshine Tour got his year off to a great start and he would keep the momentum rolling early on in the Can Tour season in Columbia where he would make it his second Canadian Tour victory.

Although a couple of missed cuts along the way in 2011, Hadwin re-asserted himself down at final stage of the U.S. Open qualifying in May, where he earned a spot into the ’11 U.S. Open field down at Congressional.  He took full advantage of his birth into the event, making a huge charge on day 2, birdying 3 of his last 4 holes to make the cut on the number.  He would do the same thing on the final round to vault himself into a t39th position, good for a $40,000 cheque.

Hadwin was recently given an exemption by GOLF CANADA via all of his accomplishments the past 2 years, and as you can see, he is proving that he was a very worthy selection.