Former Canadian Tour Pro turned Amateur Kris Yardley dominated the Championship field at Guildford with a score of 67 for his 4th victory in just 8 events this year. Yardley’s card was a sea of red, with six birdies and an eagle, before a late double bogey on the 16th kept him from going lower. Yardley’s win pushed him almost 2,500 points ahead of his next challenger Derek Wray leading up to the Vancouver Open Championship! Eighteen year old Pitt Meadows Junior Andrew Rasmussen finished two shots out of the winner’s circle for the second straight week after carding a solid round of 69 on the day. 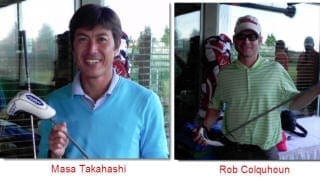 In Flight A, Masa Takahashi took Low Gross honours with a score of 76 and Raff Aquino was crowned Low Net Champion with a score of 69, keeping his lead in the CLEVELAND/SRIXON Order of merit by just over 2,000 points over second place Jim Zalusky.

Flight B saw Rob Colquhoun fire a personal best score of 76 to win Low Gross Honours and Murray Reed took Low Net score with a 69. With his Low Net win on the day, Reed climbed a bit closer to Flight B leader Hector Aguilar in the Flight B CLEVELAND/SRIXON Order of Merit. 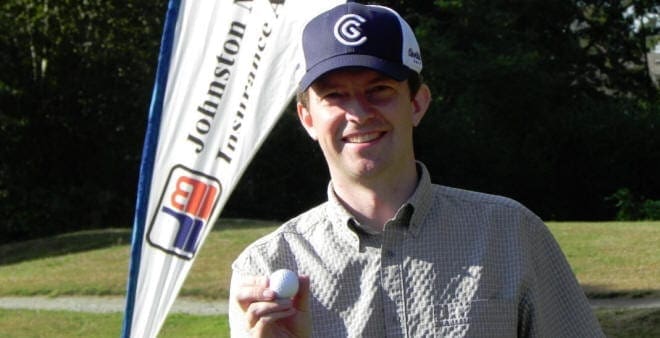 Thanks to our Hole-in-one Sponsor JOHNSTON MEIER INSURANCE, Steven Komm’s perfectly struck 8-iron from 162 yards paid off with $5,000 in CASH! This is the second $5,000 HOLE-IN-ONE that has been paid out by JOHNSTON MEIER INSURANCE (www.jmins.com) on the VGT this year so we would like to say a special thanks to DAVE EBNER for his continued support of VGT the past 4 years!!!